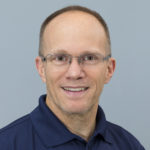 Barry Mattern is the owner of Artistic Sports Academy Plus and the head boys and girls team coach. With over 30 years of coaching experience, Barry was named Pennsylvania’s “Coach of the Year” in 1996, 2001, 2004, 2006 & 2012 and in 2014 honored with a 30 year service award by USA Gymnastics Pennsylvania. Prior to opening Artistic Sports Academy Plus in 2004, he was co-owner to another gymnastics facility in the Harrisburg area for 16 years. Over the years, Barry has been involved with the Special Olympics, even coaching the 1991 International Special Olympic Champion; in 2001 the Junior Olympic National All-Around Champion. Barry has been the Pennsylvania Men’s State Chairman for USA Gymnastics since 1992. Barry is a professional member of USA Gymnastics and is USAG Safety certified and First Aid/CPR certified. Barry has coached many national qualifiers and many athletes on to college scholarships.

Back to Staff Page.